To score the desired band scores in the IELTS exam, you need to practice as many IELTS sample papers as possible. To prepare you better, here is a reading passage for practice with the topic ‘Alternative medicine in Australia’, with questions and their answers.

The first students to study alternative medicine at the university level in Australia started a four-year full-time course in early 1994 at the University of Technology in Sydney. Their course is acupuncture, among other therapies. The theory they learned was based on the standard Chinese interpretation of this ancient healing art, which regulates the flow of 'Qi' or energy through the paths in the body. This course reflects how far some alternative therapies have come in their struggle for approval by the medical institution.

According to Dr. Paul Laver, a public health lecturer at the University of Sydney, Australia has the most conservative approach to natural or alternative therapies in the Western world. 'We have a tradition that doctors are very strong, and I think they are very reluctant to allow any impersonator in their work to come into it.' In multiple industrialized countries, traditional and alternative medicine have been working 'hand in glove’ for many years. In Europe, only traditional healers can prescribe herbal medicines. In Germany, herbal remedies make up 10% of the national income from medicines. Americans visited alternative therapists more than Orthodox physicians in the 1990s, and spend about $ 12 billion every year on unscientific treatments.

Dissatisfaction with traditional medicine. Meantime, the popularity of alternative medicine in Australia has been steadily rising over the past 20 years. In the 1983 National Health Survey, 1.9% of people told they had consulted a chiropractor, naturopath, osteopath, acupuncturist, or herbalist two weeks before the poll. By 1990, this number had increased to 2.6% of the population. The 550,000 consultations with alternative therapists registered in the 1990 survey represent one-eighth of the total number of consultations conducted with clinically qualified individuals under the survey, according to Dr. Laver and colleagues who wrote in the 1993 Australian Journal of Public Health. ‘A better educated and less accepted public is generally frustrated with professionals and increasingly skeptical of science and experience-based knowledge,’ they expressed. ‘The high level of experts, including doctors, has been distorted as a result.

Instead of opposing or criticizing this trend, increasingly many Australian physicians, especially younger ones, form group practices with practitioners or practice themselves, especially in acupuncture and herbal medicine. Part of the incentive is funding, Dr. Laver stated. ‘The main feature of this is that most general practitioners are businessmen. If they find potential customers going elsewhere, they may like to offer a similar service.

In 1993, Dr. Laver and his colleagues published a survey of 289 Sydney people who attended the practices of eight alternative therapists in Sydney. These procedures provided a wide range of alternative treatments from 25 therapists. The subjects were suffering from chronic diseases, for which Orthodox medication was able to provide some relief. They commented that they would like the holistic attitude of their alternative therapists and the friendly, caring, and comprehensive attention they received. The cool, impersonal pattern of orthodox physicians was featured in the survey. Outflows from their clinics are on the rise, with numerous related studies conducted in Australia, all pointing out the shortcomings of traditional healers and leading physicians beginning to acknowledge that they can learn from the personal style of alternative therapists. Dr., President of the Royal College of General Practitioners, Patrick Store acknowledges that orthodox doctors can learn a lot from alternative therapists about bed rest habits and advising patients on preventive health.

According to the Australian Journal of Public Health, 18% of patients who visit alternative therapists suffer from musculoskeletal problems, and 12% suffer from digestive issues, which is 1% more than those with emotional troubles. Respiratory disorders account for 7% of patients, and Candida sufferers represent an equal percentage. Headache sufferers and those who complain of general malaise represent 6% and 5% of patients, respectively, and 4% see therapists for general health care.

Choose the correct letter, A, B, C or D.

Guidelines/Tip for Answering These Types of Questions: Candidates have to choose the right answer for the questions from the list of options provided as A-D. To answer these questions, read the passage carefully before making a choice.

A. They have worked closely with pharmaceutical companies.

B. They have often worked alongside other therapists.

C. They have been reluctant to accept alternative therapies.

A. were prescribed more herbal medicines than in previous years.

D. made more complaints about doctors than in previous years.

Guidelines/Tip for Answering These Types of Questions: Candidates have to choose the right answer for the questions from the list of options provided. To answer these questions, read the passage carefully before making a choice.

Get to know about the latest updates on the IELTS Exam, Eligibility, Preparation Tips, Test procedure,  Exam Pattern, Syllabus, Registration Process, Important Exam Dates, and much more!! This guide is a one-stop solution for every IELTS Aspirant who aims to crack the exam with an impressive band score.

Do the following statements agree with the views of the writer in the Reading Passage?

Write in boxes 3-10 on your answer sheet

YES if the statement agrees with the views of the writer

NO if the statement contradicts the views of the writer

Guidelines/Tip for Answering These Types of Questions: Candidates have to identify which statements agree with the views of the writer of the passage by tallying them with the information provided in the passage. To answer these questions, read the passage carefully before marking it as true or false.

Complete the vertical axis on the table below.

Choose NO MORE THAN THREE WORDS from Reading Passage for each answer. 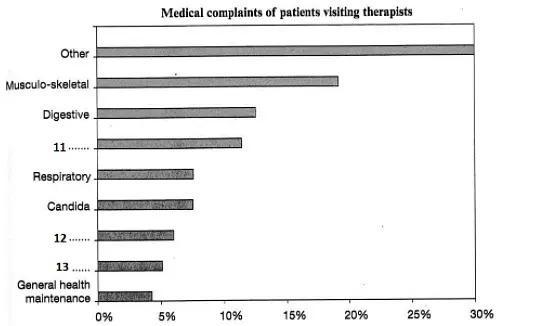 Guidelines/Tip for Answering These Types of Questions: Candidates are asked to write no more than three words in this type of question. You can quickly scan the passage and refer to the image to answer these questions.

IELTS is required to be taken by international students and workers who wish to study or work in a country where English is the primary language of communication. Know the complete details.

With the right knowledge of the IELTS exam syllabus and pattern, cracking the popular English test won’t be difficult.

IELTS is the most popular and crucial test for evaluating English language proficiency throughout the world. Learn how to register for the IELTS exam.

It becomes necessary for candidates to meet the eligibility for IELTS exam and demonstrate their language proficiency while being assessed on four parameters, namely, Writing, Reading, Speaking and Listening.

The IELTS exam dates are allotted on a first-come and first-serve basis. Choose your date and timings beforehand to avoid the delay. You can register for the test both in online and offline mode.

Fully aware of the growing popularity of the language test, we bring to you a list of IELTS exam centers in India. The list will enable aspirants in better planning before registering for the test.

IELTS reading band score decides the knowledge and proficiency of the English language of the applicants.

The listening section evaluates the comprehension level of candidates. The scores also depend on the understanding of different accents and dialects.

There are two types of IELTS tests – i) Academic IELTS and ii) General Training IELTS. Candidates are often confused about making the right choice of IELTS test that can meet their requirements regarding their education or job.

Picking the best IELTS books for preparation is essential for scoring well. It may seem tough at first but cracking the examination successfully is not impossible.

Writing task 2 in IELTS is descriptive essay writing. The applicants are supposed to write an essay in response to the statement or situation given in the essay.

Before appearing for the test, let’s take a look at the below-mentioned IELTS writing tips and tricks to score well in the writing section.

Reading is the second part of the IELTS test and takes 60 minutes. It consists of three or sometimes four reading passages to increase difficulty, and there are a total of 40 questions to answer.

Please note that your performance on the speaking test is assessed based on the following criteria- fluency and coherence, grammatical range and accuracy, lexical resource, and pronunciation.

There are many phrases for IELTS speaking that a candidate should practice beforehand. If you aim for band 9, you should know these phrases.

IELTS is one of the most used English Language Proficiency Tests. The exam is scored in bands. Your IELTS band score determines the performance level of your test.

Understanding the IELTS band score is not difficult. The results of the examination are reported on a scale of 9 bands.

To book the IELTS exam, the candidates can either visit their nearest test center or book the slot online by visiting the official website of IDP. If they choose to go with the second option, they should follow the steps given below.

IELTS Academic writing is meant for students who are applying for top-ranked universities and colleges in English-speaking countries. The writing task one is an academic summary writing based on diagrammatic and graphical representation.

Writing Task 2 is the second part of the writing section of IELTS, where aspirants are presented with a point of view, argument, or problem and asked to write an essay in response to the question.

In IELTS Academic Writing Task 1 starts with a diagram, a visual representation of information. It can be a table, map, graph, process, diagram, or picture.

The essay for IELTS is part of Writing Task 2. It is the same for the General Training and Academic of the IELTS. You will get a topic and have to write an essay on the same.

The IELTS speaking cue cards come into play for the second part when the candidate will be choosing cue cards and then speaking on a topic for two minutes at least.

Get Free Consultation For IELTS